The end of June had us meeting a milestone: the completion of a second school term. The final weeks were busy with school end-of-year events, House activities, and collections from the Lost

Not your average lost & found items.

and Found – which in Scotland includes several misplaced golf clubs… After two terms as a boarding student, I was amazed that Graham returned home with all of his boarding towels, PE towels, PE uniform, tracksuit uniform, formal kilt suit uniform, day uniform, hiking supplies, rain gear, field hockey gear, cricket gear, swim gear, basketball gear, pajamas, bedding and shower-related items. Fourteen-year-old boys are not known for fastidious inventory-keeping, so his having returned home with all the items was nothing short of a miracle.

I’ll make my introduction the conclusion, beginning with the ending: here are the pictures. Placing pictures at the top helps you, the reader, avoid having to scroll downward each time you click a new page of pictures (click the numbered links). For any who wish to read on, further droning commentary lies below the pictures. 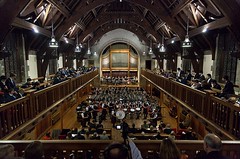 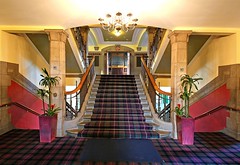 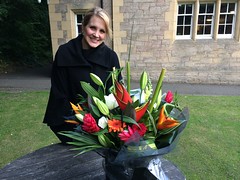 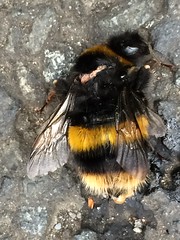 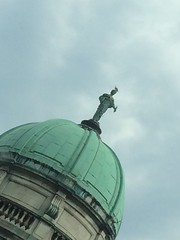 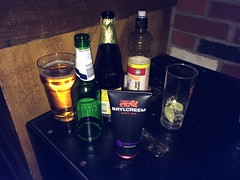 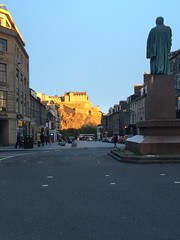 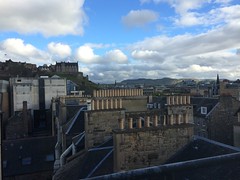 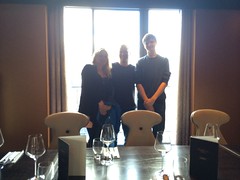 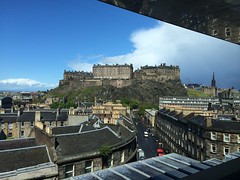 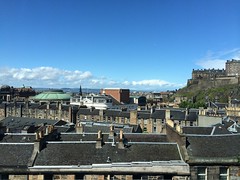 As part of their end-of-year celebrations, both schools had a track and field (“athletics”) House competition day. House points are amassed throughout the year, but this large all-school competition day is a way for Houses to make one last effort at achieving more total points than their competitors.

For Luke’s House competitions, Luke participated in a series of races. Graham did high jump and javelin for Kimmerghame House. The Fettes event was conducted mostly in horrid rain. Despite the rain, students sat on the ground or in chairs for hours on end watching the event, their school skirts/trousers soaked. It seems with the amount of rain here, running away from it doesn’t make sense. Near the end of the athletics day, when tolerable rain handed the job over to torrential buckets, many observers did give in to the rain by opening an umbrella or retreating to a nearby awning. But the competitors competed on. Graham’s javelin throws were barely visible through the pouring rain. In contrast, Luke’s school was lucky enough to have an unusually warm and sunny day for their House athletics competition day, so those pictures are bright and clear.

We started up piano lessons Luke (we sourced a pre-owned electronic keyboard & stand to serve as the temporary piano) and guitar lessons for Graham, mostly to give closure to my heartbreak that, though he loved guitar before we moved in 2012, because his guitars were in storage so long after that move, he fell out of practice and ran out of interest. So Graham’s humoring me by taking a few more–possibly final–guitar lessons this summer.

We stayed local in June, short of one trip to Stirling in May/June for Luke’s basketball tournament. We celebrated my birthday at a rooftop restaurant (Chaophraya) with great views of Edinburgh and the Edinburgh Castle. Steve’s birthday, which blends with our anniversary, and father’s day, was spread over two weekends with a gym day, a sports pub crawl + wine bar/jazz club night, an all-American baseball picnic watching a baseball game (yes – there is a tiny baseball league), and for his actual birthday day mid-week we enjoyed some normal sweets for the normal people in the room (of where there are few in our house), some gluten-free snacks for the celiacs in the room (one) and for Steve, a low-carb, all-protein cake created with marscapone, liver pate, duck terrine, parma ham, procciuto, and a few other manly ingredients. The next weekend we had a birthday dinner at Prestonfield, an historic manse turned hotel and restaurant.

We continue to frequent our local market, eating savory crepes and collecting interesting groceries to take home such as this massive goose egg. Luke and I also made it to the original Valvona & Crolla, an iconic Italian cafe and delicatessen. There is too much to do in this little big town!

In mid-June, Graham spent eight days in the Highlands in the Cairgngorms near Aviemore for a school survival test and outdoor adventure field week. The survival test portion began in April when the boys went on a three-day survival excursion led by experts. During the April weekend they learned the right way to do a series of survival tasks, from navigation, to fire and food prep, to shelter set-up, to leadership and problem-solving, and so on. In June they were sent out alone (small groups, no adults) in the forested mountain range to demonstrate their mastery of the skills they’d learned. A third-party official observed them, through day and night, from a higher vantage point on a mountain, in order to grade their performance. The end result for the successful lads and lasses is receiving a Duke of Edinburgh Bronze award. (Graham and his other 14-year old peers succeeded). Students can progress onward over the years to try for a Silver award at age 16 and a Gold Duke of Edinburgh award at age 18.

Luke, age nine, participated in a four-day overnight trip to an outdoor activity camp and loved it. His camp was not about survival, but rather about physical challenges like climbing, ropes courses, and zip lining. As Luke is a day student, his Merchiston friends were extremely supportive when he became a bit homesick at bedtime. One of the experienced boarders gave Luke advice on how to fall asleep despite homesickness. The culture at Merchiston Castle School generates such a consistent flow of emotional intelligence. It’s their way, in their DNA. Ahhhhhhh, yum. Just what the doctor ordered.

Walking to a play date

A few of the pictures show Luke walking along the Water of Leith, the river that branches from Leith & the Firth of Forth south into Edinburgh. Walking along that path is a lovely way to get through town without seeing any cars. In these pictures we were walking to a play date in Dean Village, an other-worldly little town within town, frozen in time. There are lovely gardens, sitting spots, sculptures and more. I enjoy ‘destination’ gardens like Botanic Gardens or castle gardens, but places like these, wherein the landscaping is embedded into daily life, making a walk home from the grocery store a spiritual experience, catch you so much more by surprise. It’s joyful.

The pictures say the rest. If any leave you wondering, anything – just ask in the comment box below. We send our best to friends everywhere. Cheers!

BizDecoder.com is a collection of straight-talking conversations about the realities of business and your career within.

Everything matters… from understanding what really makes your boss tick so she’ll give you that raise, to having enough self-esteem to step up for the next promotion, to holding your employer to its promises of work-life balance, so you can stop missing your kids’ birthdays, and start winning the long race by protecting your personal life from the voracious appetite of big business.